What is Shareholder Proposal?

A document that is prepared by one or more than one shareholders of a company in the annual general meeting of the company, stating a definite objective, is known as a shareholder proposal. A shareholder, who owns the one percent or more than one percent shares of the company for at least one year, qualifies to submit this proposal. If the contents of the proposal are conveyed to the company management before the annual general meeting, this proposal can be included by the management in the proxy statement during the annual general meeting and this way all the other shareholders can get the chance to discuss the proposal and if required vote in favor or against the said proposal. Generally the contents of this a proposal are related to dealing with the matters about a particular company policy, the voting rights, about the management compensation etc. 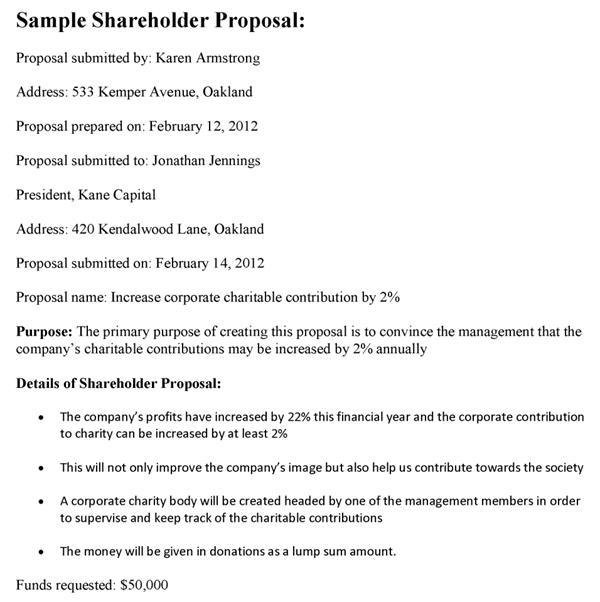